MARK RIBOWSKY is the New York Times Notable author of The Supremes: A Saga of Motown Dreams, Success, and Betrayal; He's a Rebel: Phil Spector—Rock and Roll's Legendary Producer; and Don't Look Back: Satchel Paige in the Shadows of Baseball. He has written for Sport magazine and Inside Sport, was a staff writer for TV Guide, and has been a semi-regular contributor to Playboy and Penthouse. Mr. Ribowsky has been a guest on Dateline NBC, Primetime Live (ABC), Connie Chung, Geraldo Rivera, The Tavis Smiley Show, and many other network and cable TV shows. 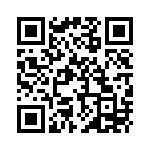