Reviewed by Amanda Rofe for Readers' Favorite
Silent Spring: Deadly Autumn of the Vietnam War is a memoir by Patrick Hogan charting the shocking story of why tens of thousands of US veterans who served in the Vietnam war now suffer from debilitating health problems. For many soldiers, the war didn't end when they returned home. It continued in the form of a series of severe medical conditions which could only have been caused by the use of tens of millions of gallons of extremely dangerous herbicides and pesticides sprayed during their deployment. Not only do these people suffer severe ill health but they have to deal with the calculating bureaucracy of government organizations that are failing them on a daily basis. Declassified documents show the extent of the manipulation and cover-up by chemical companies, the military, and the government.
I take my hat off to Patrick Hogan for this very well-researched book which documents the appalling treatment of Vietnam veterans. Himself a Vietnam veteran, he writes an explosive story exposing cover-ups and injustice on an extraordinary scale. This is a chronicle of the complete disregard for the health of soldiers on active duty which continues when they return home. I was impressed with the volume of information provided on the cocktail of highly dangerous chemical sprays, including the notorious Agent Orange. Patrick well and truly lifts the lid on the whole sordid affair. Silent Spring: Deadly Autumn of the Vietnam War is an absorbing book which helps us to understand what really happened in the Vietnam War and why so many veterans continue to suffer in its aftermath. This is a must-read for all Americans.

Reviewed by Fiona Ingram for Readers' Favorite
For the rest of the world, the Vietnam War is over. For the soldiers who fought in it, no matter what their role, it will never be over. Silent Spring: Deadly Autumn of the Vietnam War is described by author and Vietnam veteran Patrick Hogan as “part memoir, part exposé, and part call to action against the bureaucratic and legislative negligence and indifference that has violated, and continues to violate, the trust of veterans and US citizens as a whole.” Succinct and well put, this is the perfect description of a horrific cover-up, one of the greatest crimes against humanity of the 20th century, and one that, had it happened today, would have been labelled genocide. The author served two years, nine months and 22 days in Vietnam and that was enough to poison his body to the extent that he ended up with a laundry list of ailments. These only manifested 43 years after his service ended, but confirmed Patrick’s conviction that his time in Vietnam and his numerous illnesses were linked. After all, on many occasions, among the reasons cited by medical experts for his problems were the two chilling words “environmental agents.” And thus began his exhaustive and minutely detailed investigation into the witches’ brew of potentially lethal tactical pesticides which he is sure contributed to the decline in his health and that of many other veterans.
Sidelined and pushed from pillar to post, Patrick came up against the stone-walling tactics of the Department of Veterans Affairs (DVA) and the US government, both of which deny the effects of the toxic chemicals Vietnam veterans were exposed to during the war. The reasonable person wonders why the government and chemical companies did not set about covering medical bills and compensating these men. The answer is simple. Money and greed. The refusal of the DVA and the US administration to accept responsibility is to protect them from international liability and accusations of use of chemical warfare/weapons (which is the case) and to avoid the massive payouts they would be forced to make. This is a shameful indictment of the political administration of the time, and the current one, when reparations could but won’t be made.
I had a vague idea of the Vietnam War when I picked up this book, and of course I had heard of the infamous Agent Orange, a horrifying and deadly herbicide and defoliant chemical used to destroy jungle cover for the enemy and any food supplies they might locate there. The US government destroyed millions of acres of South Vietnam jungles. It was an environmental catastrophe beyond any natural disaster ever known. I had never heard of Agent White and the numerous other toxic and deadly concoctions, a chemical poisonous soup, used as pesticides. Vietnam is home to myriad insects, bugs, and critters all carrying their own types of bites, stings and diseases. They had to be exterminated. The problem was that daily exposure to these poisons inevitably altered the molecular structure of the cells of people exposed, but took years, even decades, to manifest. This gave the government and the DVA enough wiggle room to claim inconclusive evidence and to fudge the facts and manipulate the statistics.
Despite the mind-boggling details and chilling statistics contained in this memoir, the author has no moments of self-pity. He includes very detailed research, scientific, chemical and medical information, but all in a very readable, user-friendly style. I felt as if I were sitting with the author and chatting over coffee. He manages to intersperse facts and figures with events in a way that makes it easy to absorb the statistics and the information which is so relevant to his story. Photographs are an added bonus to help the reader visualize the location and the living conditions of the men who served in Vietnam. The facts are thoroughly researched with bibliographic and reference end notes to give credibility to Patrick Hogan’s story, one of tragedy shared by many, many other soldiers who gave

I was on active duty in South Vietnam, boots-on-the-ground, for two years, nine months, and twenty-two days, from September 1966 through June 1969. During that time, according to military records, I was based in areas of Vietnam that had been sprayed repeatedly and directly with no fewer than two herbicides: Agent Orange and Agent White, and two insecticides: malathion and DDT. Moreover, there was an enormous likelihood that I'd been exposed to quite a few other toxic, tactical-grade military pesticides and their chemical ingredients.When I left Vietnam for the last time at the end of June 1969, I'd earned the rank of Staff Sergeant E-6 and had been awarded the Army Commendation Medal by Secretary of the Army Stanley Resor. I was also awarded the National Defense Medal, Vietnam Service Medal, Vietnam Campaign Medal, Five (5) Overseas Bars, and was a qualified expert with the M-14. 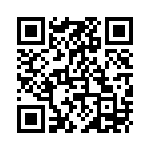