Clay Blair saw service on the fleet submarine Guardfish in World War II and later wrote for Time and Life magazines before becoming editor-in-chief of The Saturday Evening Post. The author of several other popular books on submarines, he died in 1998. 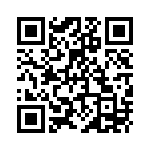