Toril Moi was born and raised in Norway, and worked in England in the 1980s, before moving to Duke University in 1989, where she is now the James B. Duke Professor of Literature and Romance Studies. She is the author of numerous influential books on feminist theory. Her study of Ibsen, Henrik Ibsen and the Birth of Modernism was published to wide critical acclaim in 2006. 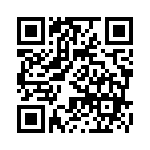