Comprised of "The Precession of Simulacra" and "The Orders of Simulacra". Overall, a systems theory account of social norms, semiotics / meaning, regulated behaviour, power. Would be useful to ... Read full review

Joshua Clover calls him "the clown prince of postmodernism," and he's right. But how can you resist the idea that Disneyland exists not to convince us of its own reality but to trick us into thinking the rest of America is real? Read full review

Jean Baudrillard (1929-2007) was a philosopher, sociologist, cultural critic, and theorist of postmodernity who challenged all existing theories of contemporary society with humor and precision. An outsider in the French intellectual establishment, he was internationally renowned as a twenty-first century visionary, reporter, and provocateur. 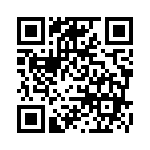