Steven Johnson was born on June 6, 1968. He received an undergraduate degree at Brown University, where he studied semiotics, and later went on to receive a graduate degree in English literature from Columbia University. He is the author of several books including Future Perfect: The Case for Progress in a Networked Age; Where Good Ideas Come From: The Natural History of Innovation; The Invention of Air: A Story of Science, Faith, Revolution and the Birth of America; and The Ghost Map: The Story of London's Most Terrifying Epidemic-and How it Changed Science, Cities and the Modern World. His book, How We Got to Now: Six Innovations That Made the Modern World, was the subject of a six-part series on PBS, which he also hosted. 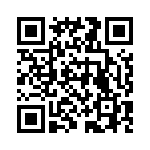