A collection of fifteen essays written between 1976 and 1984 gives clear voice to Audre Lorde's literary and philosophical personae. These essays explore and illuminate the roots of Lorde's ... Read full review

Poet and librarian Lorde collected 15 of her finest essays and speeches in this 1984 volume. With her poet's command of language, she addresses sexism, racism, black women, black lesbians, eroticism, and more. Still powerful. Read full review

An African American lesbian feminist critic and writer, Lorde was born in Harlem and educated at National University of Mexico, Hunter College, and Columbia University. She married in 1962 and divorced in 1970, after having two children. Lorde first came to critical attention with her poetry. Her first poem was published in Seventeen magazine while she was in high school; it had been rejected by her high school newspaper because it was "too romantic" (Lorde considered her "mature" poetry, which focuses on her lesbian relationships, to be romantic also). Other early poems were published in many different journals, many of them under the pseudonym Rey Domini. Her first volume of poetry, "The First Cities," was published in 1968. Lorde then quit her job as head librarian at a school in New York City in order to devote her time to teaching and writing. She was a professor of English at Hunter College from 1980 until her untimely death from cancer in 1992. Although many of Lorde's poems are about love, many are about anger, particularly anger about racism, sexism, and homophobia in America. "The Brown Menace or Poem to the Survival of Roaches" likens African Americans to cockroaches---hated, feared, and poisoned by whites but survivors nevertheless. Other poems express a daughter's anger toward her mother; still others eschew anger for affirmation and inspiration, which are represented as coming from lesbian love and traditional African myths because, as Lorde has said, "the master's tools will not dismantle the master's house." Lorde is also well known for her prose. Her courageous account of her struggle with breast cancer and the mastectomy that she underwent is movingly chronicled in "The Cancer Journals" (1980), her first major prose publication. "Zami, a New Spelling of My Name" (1982) is, in Lorde's words, a "biomythography," combining history, biography, and myth. In "Zami," Lorde focuses on her developing lesbian identity and her response to racism in the white feminist and gay communities, and to sexism and homophobia in the African American community. Lorde's critical essays, collected in "Sister/Outsider" (1984) and "A Burst of Light "(1988), have been quite influential, particularly "Uses of the Erotic: The Erotic as Power," in which she discusses the relationship of poetry to politics and the erotic. Lorde was the recipient of several grants---from the National Endowment for the Arts in 1968 and 1981 and from the Creative Artists Public Service in 1972---as well as the Borough of Manhattan President's Award for Literary Excellence in 1987. She was also nominated for the National Book Award for poetry in 1974 for her third volume of verse, "From a Land Where Other People Live"(1973). 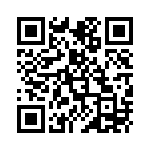