Bruce Orr was raised in the Lowcountry of South Carolina and grew up hunting and fishing the plantations of Berkeley County with his father and brothers. It was during those times he spent many evenings listening to the tales and legends surrounding this historic area. As a young boy, he had an insatiable appetite for the bizarre, unexplained and paranormal and was always searching for answers behind the events he heard at the hunt clubs and fish camps. As he grew into an adult, this natural curiosity in seeking the facts brought him into law enforcement where he eventually became a detective and a supervisor within his agency's Criminal Investigative Division. Now retired, he uses the skills he obtained in his career to research some of the most notorious cases within the Charleston area. He seeks answers through historical documentation in an effort to separate fact from fantasy and to keep the truth from being lost in legend. 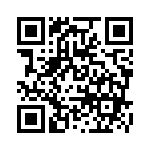