The bleak Pennine moors of Yorkshire is a beautiful, harsh place close to the sky, rugged and rough, no boundaries 'cept the horizon, which, in some places, went on forever. Green pastures and wayward hills are in the colors of ochre, brown, and pink in the spring. Green squares divided the land on one side of the lane and on the other. Sheep with thick wool and dark snout dotted the hills and dales. One-room cruck house cottages are scattered, smoke billowing out of some and not others. Dry stonewalls are dividing and falling, a patchwork of green, green, and more green. Long grasses whispered while swaying in the chilled wind, waiting for the summer months. The story, set on the moors of West Yorkshire, follows wee Thomas and his family shortly after losing his father to consumption. Times were tough in 1590, and there were shenanigans and skulduggery committed by locals and outsiders alike. Queen Bess has died, and King James sits on the throne of England and Scotland. Thomas Rushworth is now the man of the house, being the older of the two boys. He is set to marry Agnes in an arranged marriage, but a love story develops between them. This rollicking adventure paints a descriptive picture of the characters and the landscape they fill. You are kept in suspense till the final pages where one hopes good will triumph over evil.

Paul Rushworth-Brown was born in the United Kingdom in 1962. He was educated at Charles Sturt University in New South Wales, Australia. Paul became a writer in 2015 when he embarked on a six-month project to produce a written family history for his children, Rachael, Christopher and Hayley. Through this research, he developed a passion for writing and Skulduggery is a continuation of this. An exciting, mysterious, fictional and historically accurate adventure pulls no punches about the life and hardships of peasant farmers living on the moors of Yorkshire in 1590. A time when life expectancy was thirty-five, children rarely lived past the age of six and ale was consumed liberally because water was undrinkable.

Reading this novel, you will walk the moors around Haworth and try a jack of ale at the Kings Arms; you will laugh, cry and feel empathy for young Thomas Rushworth and his family who face the rigours of life living as copyholders on Lord Birkhead's land at Hall Green.

Rat baiting, shenanigans, murder, deception and love will keep you enthralled right until the end, but be forewarned as the author paints a realistic, literary picture which quite easily places you amidst the tale. So, turn the page now and step back in time, to a period in history which seems simpler, but one in which hardship, survival, death and skulduggery were a daily occurrence in the lives of the people of West Riding.

Paul currently lives with his wife Clare in Sydney Australia where he teaches at a local high school. He is currently writing a sequel to this novel, set in the time of the English Civil War, which continues the adventures of Thomas and William Rushworth. 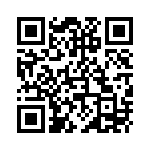