Deborah Elum is a unique storyteller at heart.As a author, she had written several books that engage and inspire the imagination of adults and children.Deborah is a screenwriter that has launched two sitcoms, produced several theatrical productions, and edited over twenty-five book projects for other writers. In addition, she also has written articles for several magazines. Her work has earned her the Writer of the Year award from the Christian Writers Association.She holds a Bachelor's Degree from the University of Houston in Houston, Texas. 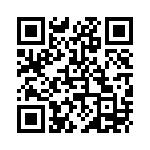