Yitta Halberstam is the bestselling coauthor of seven books in the multimillion-selling Small Miracles series. She lives in Brooklyn, NY.

Yitta Halberstam and Judith Leventhal are the authors of four bestselling Small Miracles volumes. Both are Orthodox Jews who live in Brooklyn. Ms. Halberstam has been published in more than 50 national newspapers and magazines. Ms. Leventhal is a psychotherapist in private practice and has lectured publicly at New York hotels and Emunah Women's conventions. 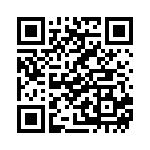