Before the publication of Small is Beautiful, his bestselling reappraisal of Western economic attitudes, Dr E. F. Schumacher was already well known as an economist, journalist and progressive entrepreneur. He was Economic Adviser to the National Coal Board from 1950 to 1970, and was also the originator of the concept of Intermediate Technology for developing countries and Founder and Chairman of the Intermediate Technology Development Group Ltd. He also served as President of the Soil Association (Britains largest organic farming organisation, founded thirty years ago) and as Director of the Scott-Bader Company (pathfinders in polymer chemistry and common ownership). 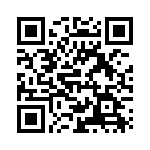