SO RICH, SO POOR: Why It's So Hard to End Poverty in America

Q. How was the book? A. I was a bit disappointed. Q. Why is that? A. The book was pretty dull. Peter seems to be a nice guy who has worked against poverty, with his wife and sons also, for many years. But in this book he presents mostly dull statistics. Most of the book reads like a lengthy annotation to a table, or to a bunch of tables. Q. But why is it so hard to end poverty in America? A. Peter presents all the percentages and data and he does touch on the issue of racism. He notes that most poor people are white, but he also spends a lot of time on inner city Afro Americans or those living in rural areas, and how discrimination tunnels many of them into poor education and then prison. These are the legacies of slavery many years ago, but Peter never quite gets into that. He is nobly and commendably attempting to even things out, or even the playing field, where it was so uneven to begin with. He worked with Robert Kennedy and Bill Clinton, he worked in schools and in prisons. He has been around, but even so, I never did see the answer to the question in his title, why it is so hard to end poverty in America, spelled out. Frankly, I think Peter is too nice here. It seems he does not want to offend anyone by coming out and saying that the reason is racism. Maybe he does not think racism is the cause of intransigent poverty in America, but I do. Q. Yes, but who are you to offer an opinion? A. I worked in civil rights in 1969, in Alabama. I taught in San Quentin prison, in the Youth Training School in Chino, and in the prison for women in Chino. I lived in southwest Oakland when the Black Panthers were born there. My career was in poverty programs, anti drug programs in ghettoes and barrios, in California, Boston, and elsewhere. I have no political background, but like Peter, I have seen a lot in my 65 years. Racism does not go away in 200 years. It is still strong and evident all through America. The playing field is not level and this book by Peter will not change things. Q. That is not his goal, is it? Is he not simply updating us on the war on poverty? A. Yes, and he does a good job of that, but he offers only well known solutions, such as charter schools, government funded job programs for youths and adults, decentralization of poverty areas, gentrification and such. He offers nothing new or creative. Q. So what do you have to offer that is new and creative? A. When I figure that out, maybe I will write a book.

Peter Edelman is a professor at Georgetown University Law Center. A top adviser to Senator Robert F. Kennedy from 1964 to 1968, he went on to fill various roles in President Bill Clinton's administration, from which he famously resigned in protest after Clinton signed the 1996 welfare reform legislation. 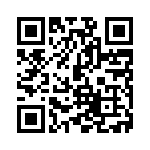