David Harvey is Distinguished Professor of Anthropology at the Graduate Center of the City University of New York. His many books include A Brief History of Neoliberalism and Spaces of Global Capitalism: Towards a Theory of Uneven Geographical Development. 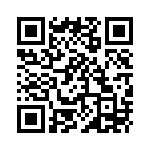