Edited by Caldwell (economics, Univ. of North Carolina), this collection of papers by Hayek, the 1991 Nobel laureate in economics, critiques socialism and state planning in the 1930s and 1940s. Hayek ... Read full review

F. A. Hayek (1899-1992), recipient of the Medal of Freedom in 1991 and co-winner of the Nobel Memorial Prize in Economics in 1974, was a pioneer in monetary theory and a leading proponent of classical liberalism in the twentieth century. He taught at the University of London, the University of Chicago, and the University of Freiburg. 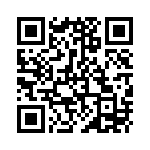