Born in Zloczow, Poland, Roald Hoffmann escaped the annihilation of Polish Jews by the Germans during World War II and immigrated to the United States in 1949. He received a B.A. from Columbia University and a Ph.D. from Harvard University. While at Harvard, he and Robert Burns Woodward developed the Woodward-Hoffmann rules on the conservation of orbital symmetry during a chemical reaction by applying principles of quantum theory. These rules enabled scientists to predict an important class of organic reactions. Hoffmann went to work at Cornell University in 1965. In 1981 he shared the Nobel Prize for chemical reaction theory with Kenichi Fukui (who independently had developed an orbital theory in the 1950s). 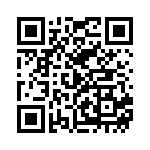