Karline Soetaert studied Biology and Computer Science at Ghent University (Belgium), where she completed her PhD in Biology in 1989. She is now head of the Ecosystem Studies department at the Netherlands Institute of Sea Research in Yerseke, the Netherlands. She is also a guest professor at the University of Ghent and the Free University of Brussels. In her research she makes frequent use of mathematical models. She has authored over 130 papers in international journals and one book dealing with ecological modeling in R. She is the (co) author of several R-packages on CRAN (deSolve, bvpSolve, ReacTran, rootSolve, deTestSet, limSolve, LIM, ToxLim, NetIndices, FME, shape, diagram, ecolMod, marelac, AquaEnv, BCE).

Jeff Cash received his Mathematics degree from Imperial College, London in 1969 and then moved to St John’s college, Cambridge, where he studied for a PhD in the solution of differential equations under the guidance of Dr J.C.P. Miller. Having finished at Cambridge he returned to Imperial College as a member of staff in the Mathematics department and he has stayed there ever since. He was subsequently promoted to reader and then to Professor in Numerical Analysis. His research has been mainly on the solution of difference and differential equations. He has published several codes (MEBDFI, Cash-Karp and TWPBVP) and is the author of more than 100 scientific papers.

Francesca Mazzia earned her undergraduate degree in Computer Science at the University of Bari, Italy and started her scientific career as a research assistant in Numerical Analysis in 1990. In 2000 she was appointed associate professor at the University of Bari. Her research activities mainly concern numerical methods for the solution of ordinary differential equations. She has authored over 50 papers in international journals and is the (co)author of two R packages currently available from CRAN (bvpSolve, deTestSet). 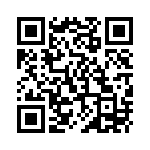