Diane Rayor is Professor of Classics at Grand Valley State University, where she teaches ancient Greek, mythology, women in antiquity, the classical world, and a classical theatre workshop in the department she co-founded in 2000. Her translations of Greek poetry include Homeric Hymns (2004) and Sappho Lyre: Archaic Lyric and Women Poets of Ancient Greece (1991); excerpts appear in numerous anthologies, including Norton Greek Poets (2009). She earned a PhD (1987) from the University of California, Santa Cruz, and a BA (1980) from Colorado College. New translations of Euripides' Medea and Sappho's poetry are in progress. 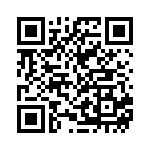