This book will change your musical life. It is a fabulous guide for any instrumental performer or singer. McGill will challenge you to think of music not as something defined by talent, or magically ... Read full review

Grammy winning bassoonist, David McGill, has served as principal bassoon of the Chicago Symphony Orchestra since 1997. He has also served as principal of the Cleveland Orchestra, the Toronto Symphony, and the Tulsa Philharmonic. A graduate of the Curtis Institute of Music in Philadelphia (1985), he has taught at DePaul and Roosevelt Universities in Chicago, Indiana University, the Cleveland Institute of Music, and the University of Toronto. He has given master classes in Finland, Hungary, and across the United States and Canada. 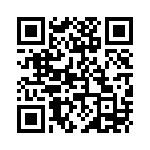