Frank Hurley was born in Australia in 1885. He ran away from home at age thirteen. Hurley worked in an ironworks and at the Telegraph Department before becoming a photographer. In 1911, he joined Douglas Mawson's Australasian Antarctic expedition, which he documented with stills and a film entitled Home of the Blizzard. Upon his return from Shackleton's 1914-1917 expedition, Hurley went on to serve Australia as an official photographer in both world wars; returned to the Antarctic as a filmmaker with Mawson in 1929; and made many more documentary and fiction films that confirmed his reputation as Australia's greatest photographer by the time of his death, in 1962. 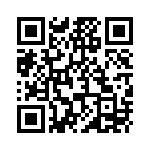