city is the place of existence, and city indeed is the space of hope and the reality of city is hope and the research of Harvey, spaces of hope shows the evaluation of world perfect geography for research final perfect and virtue city and the Delusion of any philosophy for perfect city and it is best document for this reality of this Expectation in passage of history.

David Harvey is Professor of Geography at the Johns Hopkins University and Miliband Fellow at the London School of Economics. His books include Justice, Nature, and the Geography of Difference (1996), The Condition of Postmodernity (1989), The Urban Experience (1988), The Limits to Capital (1982, reissued 1999), and Social Justice and the City (1973). His work has received critical acclaim and numerous awards on both sides of the Atlantic. 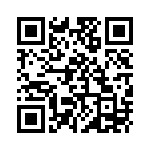