John Bisney is a former correspondent who covered the space program for more than thirty years for CNN, the Discovery Channel, and SiriusXM Radio, among other news outlets. He lives in St. Petersburg, Florida.

J. L. Pickering lives in Bloomington, Illinois. He is a space-flight historian who has been archiving rare space images and historic artifacts for some forty years. 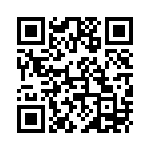