Henry Kamen was until recently professor of the Higher Council for Scientific Research, Spain, and is Visiting Professor in the University of Chicagożs programme in Barcelona. He is a Fellow of the Royal Historical Society. A leading authority on Spanish history, he is author of over twenty studies in the field, some of them best-sellers that have been translated into several languages. Recent well-known works by him include The Spanish Inquisition (Yale University Press, 1999), Philip of Spain (Yale University Press, 1998), and Spain żs Road to Empire (Allen Lane, 2002). 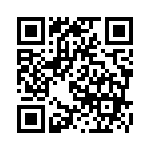