Page 5 - A social process in which the constraints of geography on social and cultural arrangements recede and in which people become increasingly aware that they are receding.
Appears in 124 books from 1996-2007
Page 10 - The rallying point for the counterattack against the deployment of sexuality ought not to be sexdesire, but bodies and pleasures.
Appears in 96 books from 1978-2007
More
Page 1 - As with translation of a text, one does not simply get a reproduction of identity. The acquisition of new forms of language from the modern west— whether by forcible imposition, insidious insertion, or voluntary borrowing— is part of what makes for new possibilities of action in non-Western societies.
Appears in 6 books from 1993-2008
Less 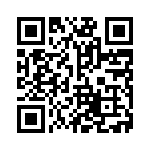