David B. Allison is professor of philosophy at the State University of New York at Stony Brook. He is the editor of the groundbreaking anthology "The New Nietzsche. 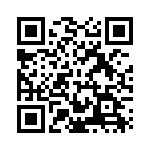