This book has been a touchstone of my lifelong study of Spinoza. It takes the great metaphysician's thought and places it in a social & political context. Spinoza was the first modern philosopher to make the comprehensive arguments for separating church and state and Feuer brilliantly explains the arguments and the historical background against which Spinoza came up with them.
I made extensive use of this book when researching and writing my book Emancipation: How Liberating Europe's Jews From the Ghetto Led to Revolution and REnaissance and I recommend to all who are interested in the history of ideas and building their knowledge for the ongoing fight with the ultra-religious who want to bring religion back into the political space. 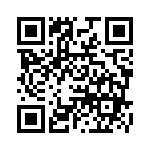