If the foundation is poor...

The fact I've had this book since March 1, 2012 should offer a hint at what type of review this is going to be. Spirit Wars by Kris Vallotton is a a fairly in-depth account of the author's experiences ... Read full review

I've been familiar with spiritual warfare for many years and have read books about it by many authors. "Spirit Wars" had some good information, but I was uncomfortble with some of the author's ... Read full review

Kris Vallotton is the senior associate leader at Bethel Church in Redding, California, where he has served with Bill Johnson for three decades. He has written several books, including the bestselling The Supernatural Ways of Royalty and Heavy Rain. His prophetic insight and humorous delivery make him a much-sought-after international conference speaker, and his personal testimony of deliverance from fear and torment brings hope and freedom to thousands. Kris is also the cofounder and senior overseer of the Bethel School of Supernatural Ministry, which has grown to more than 1,300 full-time students, as well as the founder of Moral Revolution, an organization dedicated to cultural transformation. He has appeared on numerous media outlets, including The 700 Club. Kris and his wife, Kathy, live in Redding, California. 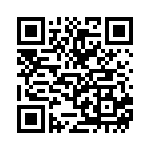