Growing up on the southern shores of Lake Michigan, Dave learned to sail at age 12. From those first sails off the beach, his dream has taken him around the world. When he's on the ocean, he claims, "the world is my playground!" His impassioned storytelling, sometimes humorous, other times poignant, belies an underlying calm emanating from a soul that finds peace on the water. He has written for many sailing publications and with his first book, Spirit of a Dream, takes you on a thrilling adventure around the world alone, privately sharing his deep, passionate feelings for the spirit and waters of the planet. Over his 40-year sailing career, much of which he sailed singlehanded, Dave won many prestigious races, including the Chicago Race to Mackinac and The Atlantic Cup. He was presented the Mike Silverthorne award by the Great Lakes Singlehanded Society in 2003 and serves as an ambassador for 11th Hour Racing, a program of the prestigious Schmidt Family Foundation. With all that behind him, Dave still claims his most significant accomplishment in life, other than wearing out hundreds of t-shirts, hats, and sailing shoes, is that of sharing sailing and the water with so many kids and adults over the years. He continues to live on the Southern Shore of Lake Michigan, a stone's throw from where he began his sailing and he'll be the first to tell you, with a wink, he never got very far in life. 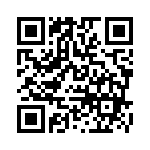