John Sadler has worked for most of his career in the law and heritage management, and he is a prolific author of medieval and modern military history. His best-known books are Border Fury: The Three Hundred Years War, Flodden 1513, The Battle for Crete 1941 and Bannockburn: Battle for Liberty. Silvie Fisch grew up in Bavaria, where she studied cultural anthropology, European ethnology, German literature and linguistics. She works in arts and heritage management and has published various academic as well as fictional titles in Germany. 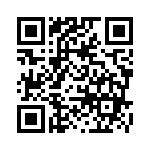