I began my airline career in 1978, the same year the Airline Deregulation Act became law. This “dawn of deregulation” also marked the beginning of “the demise of a profession”. A highly placed official in the Federal Aviation Administration recently commented, “They didn’t just deregulate the economic aspects with regards to fares and route structures, they deregulated everything-including safety”. The assumption that economist Adam Smith’s “invisible hand” of economic management would somehow provide for a safer and more efficient airline transportation system in this country cannot be more effectively disproved than by the chronicles of Peter Buffington’s career path as a professional pilot.
Although two decades separate his trials and tribulations from mine to obtain federal licensing permitting us to fly commercially in an effort to build the experience necessary become employed by a major airline, the insufferable challenges remain unchanged. Peter’s descriptions of the existence of dangerously poor maintenance and unscrupulous pressure to ignore Federal Aviation Regulations at entry level air freight and air taxi charter operations were chillingly reminiscent of my experiences in the 1970s. The actions, or perhaps more accurately reactions, taken by Congress to supplant the “invisible hand” with a “visible hammer” only validate the voracity of Peter’s accounts of his experiences while attempting to pursue a career as a professional pilot. Television shows such as the PBS series Flying Cheap very adroitly lift Peter’s words from the pages of his book, and provide audio visual validation to his experiences.
Unfortunately these deplorable conditions have begun to migrate upward into the flight operations of major airlines as well. Unsustainable working conditions and intolerable pay scales have led to the establishment of the term “pilot pushing” becoming a common topic of dissention between pilots and management at many US airlines. There was a time in the country when the best and brightest were attracted to this profession. Today, when pilots are given the opportunity to return to the flight decks of their airlines after being furloughed during downturns in the economy, it not uncommon for half of them to decline the offer as they find the rewards of employment in other industries more desirable-just as Peter has.
The extension of the mandatory retirement age for airline pilots from age 60 to 65 has provided a temporary reprise from what is surely an impending shortage of qualified pilots to man the flight decks of this country’s airlines. Squawk 7700 provides the reader with an excellent insight as to the coming shortage of qualified pilots this country will experience during the second decade of the 21st century. This book should be mandatory reading at the first year level for any student at any professional pilot training institution.
W.M. US Airways 737 Captain

This is the first book out of about the last 10 that I couldn't put down. I read it in about 4 nights, and left it on my nightstand. The story is about starting out as a pilot in the Midwest, and then island hoping in the Caribbean in turboprops. I won't ruin it, but he gets his priorities in life in order, which I respect, many pilots put their careers first.
Entertaining read, I found a few parts to be very funny and I chuckled a few times. Will recommend it to friends.

Peter Buffington, author, has been a licensed commercial pilot for 15 years. He holds a Bachelor of Science degree in Aeronautical Sciences from the University of North Dakota and is currently employed as a Software Quality Analyst in the Midwest. He flies for pleasure outside of work. Peter has logged more than 2,500 hours total flying time in countless aircraft makes and models.

Peter began writing the first edition of Squawk 7700 in October of 2000, completion was in May of 2001. The first edition was published by Morris Publishing in July 2001. Two months after publishing the first edition, the events of 9-11-2001 unfolded forever changing the airline industry. Peter's motivation in publishing his personal story was his desire to see change in the regional airline industry. The regional airline's hiring practices, corner-cutting, and Pay-For-Training were pushing the moral and ethical envelope. Peter knew by publishing his story many aspects of the the airlines daily operations would be exposed.

Nearly 10 years passed since publication of the first edition. Two recent air disasters motivated Peter to publish a second edition of Squawk 7700. The crashes of Comair Flight 5191 in Lexington, Kentucky and Colgan Air 3407 in Buffalo New York. Shortly after the US Airways Flight 1549 incident in New York, Peter and Jeff Skiles began working together to see that changes were implemented in the way regional airlines hired pilots, and to expose the daily lifestyle of a regional airline pilot. Jeff Skiles was called to testify before congress on numerous occasions in 2009. Jeff explained why change was urgently needed in the regional airline industry. On July 30th, 2010, the U.S. House and Senate Passed the FAA Safety Bill setting forth new pilot hiring minimums and training requirements. On August 1st, 2010 the POTUS signed the FAA Safety Bill HR 5900 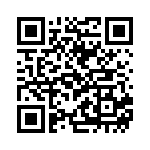