Ronald Himler was born in Cleveland Ohio. He received a degree in painting from the Cleveland Institute of Art in 1960. He held several jobs as a commercial artist before quitting his job and going to Europe. Once there, he conducted independent research at the major museums, including the Louvre in Paris, the Uffizi gallery in Florence, and the Rijksmuseum in Amsterdam. In 1972, he illustrated his first picture book, Glad Day and Other Classical Poems for Children. He has illustrated more than 150 picture books for children including The Lily Cupboard by Shulamith Levey Oppenheim, Hook Moon Night by Faye Gibbons, and The Wall and Fly Away Home, both by Eve Bunting. He authored and illustrated several books including The Girl on the Yellow Giraffe and Wake up Jeremiah. He has won numerous awards including the Silver Medal from the Society of Illustrators, The Christopher Award, the Parents Choice Gold Award, and a Children's Book Council Award. His oil paintings of Native American and western culture have appeared in fine art galleries across the country. His works have been featured in Art of the West magazine and on the PBS television program Arizona Illustrated. 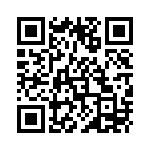