I borrowed this book from my local library to help me with my Advanced Higher history dissertation on "how significant was Stalin's leadership in the Soviet victory of the Second World War", I am only 17 but I have found that this book is well written and analyses the turning points in WWII in a clear and understandable way. As a result I have just gone out and purchases Roberts' new book "Stalin's General:the Life of Georgy Zhukov". This historians works are truly vital for anyone planning to study the period or for anyone who has a particular interest in Russian history. A must read book that I recommend to all!

Geoffrey Roberts is professor of history at the University College Cork, Ireland. He is a frequent contributor to British, Irish and American newspapers and to popular history journals and he has acted as a consultant for a number of TV and radio documentaries. His publications include Victory at Stalingrad (Longman/Pearson, 2002) and The Soviet Union in World Politics (Routledge, 1998). 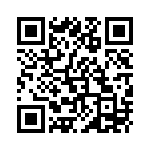