Boldly investigating the meaning of race, the experience of war, and the function of the public monument, Savage (history of art and architecture, Univ. of Pittsburgh) probes the landscape of ... Read full review

Kirk Savage is the William S. Dietrich II Professor of History of Art and Architecture at the University of Pittsburgh. He is the author of Monument Wars: Washington D.C., the National Mall, and the Transformation of the Memorial Landscape (Princeton) and the editor of The Civil War in Art and Memory. 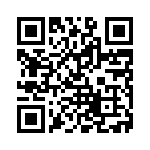