This is one of the best book of statistical mechanics.if a person are willing to take some knowledge of statiscal mechanics then i prefer them read this book at least one time

Lots of pages are not shown in preview.This is very very bad.It is not helpful for the readers.

Paul D. Beale is a Professor of Physics at the University of Colorado Boulder. He earned a B.S. in Physics with Highest Honors at the University of North Carolina Chapel Hill in 1977, and Ph.D. in Physics from Cornell University in 1982. He served as a postdoctoral research associate at the Department of Theoretical Physics at Oxford University from 1982-1984. He joined the faculty of the University of Colorado Boulder in 1984 as an assistant professor, was promoted to associate professor in 1991, and professor in 1997. He served as the Chair of the Department of Physics from 2008-2016. He also served as Associate Dean for Natural Sciences in the College of Arts and Sciences, and Director of the Honors Program. He is currently Director of the Buffalo Bicycle Classic, the largest scholarship fundraising event in the State of Colorado. Beale is a theoretical physicist specializing in statistical mechanics, with emphasis on phase transitions and critical phenomena. His work includes renormalization group methods, finite-size scaling in spin models, fracture modes in random materials, dielectric breakdown in metal-loaded dielectrics, ferroelectric switching dynamics, exact solutions of the finite two-dimensional Ising model, solid-liquid phase transitions of molecular systems, and ordering in layers of molecular dipoles. His current interests include scalable parallel pseudorandom number generators, and interfacing quantum randomness with cryptographically secure pseudorandom number generators. He is coauthor with Raj Pathria of the third and fourth editions of the graduate physics textbook Statistical Mechanics. The Boulder Faculty Assembly has honored him with the Excellence in Teaching and Pedagogy Award, and the Excellence in Service and Leadership Award. Beale is a private pilot and an avid cyclist. He is married to Erika Gulyas, and has two children: Matthew and Melanie. 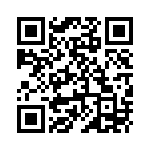