The Navy Seals train their personnel how to use perceptual abilities that aren't based on the traditional senses. This psi capacity exists in all of us to some extent. Apparently, this inherent ... Read full review

Steven Kotler is a New York Times bestselling author, an award-winning journalist, and the Executive Director of the Flow Research Collective. He is one of the world’s leading experts on human performance. He is the author of nine bestsellers (out of thirteen books total), including The Art of Impossible, The Future Is Faster Than You Think, Stealing Fire, The Rise of Superman, Bold and Abundance. His work has been nominated for two Pulitzer Prizes, translated into over 40 languages, and appeared in over 100 publications, including the New York Times Magazine, Wired, Atlantic Monthly, TIME and the Harvard Business Review. Steven is also the cohost of Flow Research Collective Radio, a top ten iTunes science podcast. Along with his wife, author Joy Nicholson, he is the cofounder of the Rancho de Chihuahua, a hospice and special needs dog sanctuary.

Jamie Wheal is the author of the global bestseller Stealing Fire: How Silicon Valley, Navy SEALs and Maverick Scientists are Revolutionizing the Way We Live and Work. Wheal is an expert in peak performance and leadership, specializing in neuroanthropology––the intersection of culture, biology and psychology and the founder of the Flow Genome Project, an international organization dedicated to the research and training of ultimate human performance. Wheal is a mountaineer who’s guided the North Face of Mount Everest, trained Navy Seals, Olympians and RedBull extreme athletes and advised everyone from the U.S. Naval War College and Special Operations Command to the executives of major corporations including Google, Goldman Sachs and Cisco, among others. His work and ideas have been covered in The New York Times, Financial Times, Wired, Entrepreneur, Harvard Business Review, Forbes, INC, and TEDx. Wheal lives in Austin, TX. 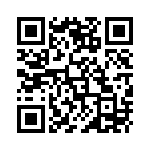