Susan Shillinglaw is a scholar in residence at the National Steinbeck Center in Salinas, California, and a professor of English at San Jose State University, where she was also the director of the Center for Steinbeck Studies for many years. She was a consultant to Harpo Productions for Oprah's website on "East of Eden, "and has consulted for popular media such as "Good Morning America, the Discovery Channel," and "A&E." She is the coauthor of "How to Organize a Steinbeck Book or Film Discussion Group" and a coeditor of "Beyond Boundaries: Rereading John Steinbeck and Steinbeck and the Environment. "She lives in Los Gatos, California. Nancy Burnett has been photographing the California landscape for more than 30 years. She is the producer of "The Shape of Life" and "Strange Days on Planet Earth" for PBS, coproducer of the photographic exhibit" Sea Stars" for the Smithsonian, and coauthor of" The Shape of Life," She lives in the Carmel Valley in California. 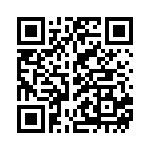