A really well-researched and interesting portrayal of the gay rights movement in the United States. A great read for anyone interested in social movements of the 1960s. ◊ŤÚŗÚŁ ‚ŚŮŁ ÓÚÁŻ‚

An engrossingóand long-overdueólook at one of the seminal events in the history of gay activism: the Stonewall Riots of June 27-July 2, 1969. By filtering the genesis and events of the riots through ... ◊ŤÚŗÚŁ ‚ŚŮŁ ÓÚÁŻ‚

Martin Duberman is Distinguished Professor of History Emeritus at City University of New York, where he founded and directed the Center for Lesbian and Gay Studies. He is the author of more than twenty-five biographies, memoirs, essays, plays, and novels. He is a recipient of the Bancroft Prize, multiple Lambda Literary Awards, and the Lifetime Achievement Award from the American Historical Association, and he has been a finalist for the Pulitzer Prize and the National Book Award. In 2012 Duberman received an honorary Doctor of Humane Letters from Amherst College and in 2017 an honorary Doctor of Letters from Columbia University. 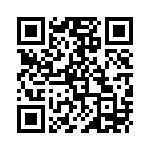