Dr Jacobs is an anthropologist and a first- rate story-teller and writer. She has been a businessperson, a University Trustee, and Chairperson of several Foundations. All of these skills have led to this seminal book detailing immigration from the Arab World to New York City in the last two decades of the 19th century.
It is carefully researched, relying on documentation-and therefore differs from the oral histories which until now have characterized Arab immigration "histories".
It is a key to the story of immigration to the United States, and will remain a cornerstone of understanding America's story, and the story of those mid-easterners who helped shape the 20th century in the United States.
Bob Goodhouse

Linda K. Jacobs is an independent scholar living and working in New York City. She holds a Ph.D. in Near Eastern Archaeology/Anthropology and spent many years working on archaeological excavations and economic development projects in the Middle East. She is the author of Digging In: An American Archaeologist Uncovers the Real Iran (KalimahPress: 2012) and a number of articles about the nineteenth-century Syrian Colony in New York. All four of her grandparents were members of the New York Syrian Colony. 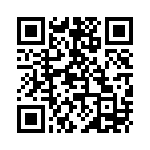