ARTIMUS PYLE was born in Kentucky and raised in Tennessee and Ohio. He joined the US Marines in 1968 and Lynyrd Skynyrd in 1974. He played drums on four albums, including Street Survivors, released three days before the plane crash that killed his friends Ronnie Van Zant, Steve and Cassie Gaines, and Dean Kilpatrick. He has five children, and lives in Black Mountain, North Carolina. DEAN GOODMAN (Los Angeles) is a veteran journalist, lives in Los Angeles. He is the author of Strange Days: The Adventures of a Grumpy Rock n Roll Journalist in Los Angeles. 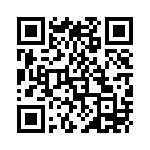