AHMED ESSA died on June 15, 2008, and Dr. Othman Ali contributed to the writing of the end of his paper "Studies in Islamic Civilization." Dr. Essa was a professor at the University of Nevada, Reno, from 1967 to 1991, teaching literature multicultural and creative writing. He was known for his expertise in African and Middle Eastern literature. Born in India, he spent his early years in Pietermaritzburg and Durban, South Africa. His childhood experiences in South Africa gave him the inspiration he needed for his creative writings. Dr. Essa was also the founder of the Northern Nevada Muslim Society, bringing the group of several members, in the 1960s, to an organization that includes several thousand members today. In 2003, he received the World Citizen Award from the Northern Nevada International Center for "creating a connection between Nevada and its diverse cultural population and people nationally and internationally."

OTHMAN ALI is a Canadian Middle East teacher. He has written extensively on the history and politics of the Middle East. He holds a PhD from the University of Toronto and a master's degree in International Relations from the University of Guelph-Canada. He was an associate professor in the Department of History and Science, Ryerson University, Toronto, from 1994-1998. Currently, he teaches at the Department of History, Salahaddin University, Erbil, Iraq. Dr. Ali is also the president of the Kurdish-Turkish Studies Center in the Erbil-Kurdistan region of Iraq and his interest is focused on Kurdish history and politics. 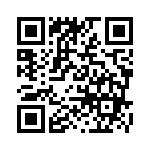