As the subtitle suggests, Sunny Days chronicles the children’s television revolution that took place in the late 1960s and early 1970s. Television was still a fairly new medium and up to that point ... Read full review

In the early 1970s a group of people got together to create an experiment known as Children's Television. Their primary goal was to see if television could be used to better prepare disadvantaged ... Read full review

David Kamp is an author, journalist, humorist, lyricist, and a charter member of the Sesame Street—viewing audience. A longtime contributor to Vanity Fair, he has profiled such cultural icons as Johnny Cash, Sly Stone, Lucian Freud, Bruce Springsteen, and Phoebe Waller-Bridge. Among his books are the national bestseller The United States of Arugula, a chronicle of America’s foodways. His first musical as a lyricist, Kiss My Aztec!, a collaboration with John Leguizamo, had its world premiere at Berkeley Rep in 2019. He began his career at Spy, the legendary satirical monthly. He lives with his family in New York City and rural Connecticut. 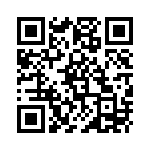