Dr. Jeff Bernstein is President of Bernstein & Associates, Inc. He is a consulting psychologist who has experience as a police officer, detective and sergeant. He earned a master's degree in human resource management and is a licensed Doctor of Psychology, as well as a certified assessor and assessor trainer. Dr. Bernstein's post-doctoral studies are in the field of civil service exams and test preparation. He is a published author of training manuals and articles on test preparation and a member of the American Psychological Association and the International Association of Chiefs of Police. Dr. Bernstein has prepared more than 100,000 men and women for law enforcement entry and promotional exams and is considered the top public safety test preparation expert in the country. Dr. Bernstein has represented PBA and FOP lodges throughout the country on public safety test preparation and is a member of both unions. During his tenure as a police officer, Dr. Bernstein received 20 commendations, was selected twice as the Most Outstanding Officer of the Month and received the Medal of Valor. His students have obtained the highest scores on promotional exams.

Robert Dowd is a retired Chief of Police with 26 years of experience in municipal policing. During his tenure as a police chief, he was responsible for overseeing a highly diverse accredited metropolitan police department in New Jersey. Chief Dowd holds a Master of Science in Criminal Justice, and a Bachelor of Science in Criminal Justice. He graduated Summa Cum Laude from New Jersey City University. He is certified by the New Jersey Police Training Commission as a police academy instructor and earned his Certified Public Manager (CPM) designation from Rutgers University. He is also Board Certified in Security Management from ASIS International. Chief Dowd attended the FBI's Law Enforcement Executive Development Training and was designated as an Advanced Level Accredited Chief Executive by the New Jersey State Association of Chiefs of Police. He currently works as an Adjunct Professor of Criminal Justice at New Jersey City University. In addition, Chief Dowd is an instructor for Bernstein & Associates. He has provided promotional exam instruction to thousands of law enforcement officers. Chief Dowd was invited to the White House to participate in a briefing regarding the President's 21st Century Task Force Report on Policing. He has also studied abroad at the College of Policing in Manchester, England. Chief Dowd is a member of the International Association of Chiefs of Police and the New Jersey State Association of Chiefs of Police. He is also a past president of the Hudson County Chiefs of Police Association. 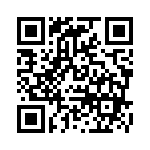