Brian Czech is the founder of Center for the Advancement of the Steady State Economy (CASSE), the leading organization promoting the transition from unsustainable growth to a new economic paradigm. CASSE was named the Best Green Think Tank of 2011 by Treehugger. Brian’s background is in ecology, conservation biology, and economics, and together with colleagues from several professional scientific societies, he crafted a position statement on economic growth that has been signed by nearly 10,000 individuals and endorsed by hundreds of progressive organizations.

Herman Daly was a senior economist with the World Bank in the 1980’s and 90’s. He has served on the boards of directors of numerous environmental organizations, and is a cofounder and associate editor of the journal Ecological Economics. He is the author of many articles about economic development as it relates to population, resources and the environment, as well as numerous books, including Toward a Steady-State Economy, Beyond Growth, and Steady-State Economics. 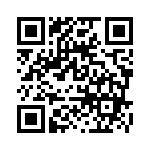