A very compelling story of perserverence and faith. An amazing example of "walking the walk".

Murphy Davis is a human rights activist and Presbyterian pastor in Baltimore, MD. She has spent her adult life living in the Open Door Community, an intentional community with the homeless poor and former prisoners and as a pastor to Georgia's death row. Davis edits the community's monthly newspaper, Hospitality. She is married to Dr. Eduard Loring, also a Presbyterian minister. Their daughter, Hannah Murphy Buc is a professor of Nursing at the University of Maryland. Hannah and her husband Jason have a 6-year old daughter, Michaela. In 1992, Davis collected, wrote, and edited, Frances Pauley: Stories of Struggle and Triumph.

Jurgen Moltmann is a European (German) Liberation Theologian and Professor Emeritus from Tubingen University. He developed a sort of "social trinitarianism" through his most noted works, Theology of Hope, and The Crucified God. He has been a close friend to Murphy Davis and the Open Door Community for 38 years.

Bryan Stevenson picked up the Andrew Carnegie Medal for Excellence in Nonfiction for Just Mercy: A Story of Justice and Redemption (Scribe). He received a US$5000 (A$6561) prize. Now in its fourth year, the Andrew Carnegie Medals were established to `recognize the best fiction and nonfiction books for adult readers published in the US' in the previous year and are announced at the annual ALA conference. He made the New York Times Best Seller List with his title, Just Mercy: A Story of Justice and Redemption.

Joyce Hollyday, a well-known writer and editor has been an editor-participant for Surely Goodness and Mercy?Hollyday was present as a close friend and pastor for much of Murphy Davis' illness over 25 years, so it is fair to say that she has been much more than an editor-though an excellent editor she is. She helped in myriad ways to midwife the text as an important participant in the narrative. She lives with her husband Bill Ramsay in Southern Vermont.

Barbara Segal is a graphic designer at the Centers for Disease Control and Prevention for the Emerging Infectious Diseases journal and a proud member of the American Federation of Government Employees and the Metro Atlanta Democratic Socialists of America. She did the Production and Design of "Surely Goodness and Mercy. 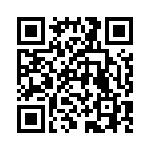