Paul Tremblay is the author of the novels The Little Sleep, No Sleep Till Wonderland, and Swallowing a Donkey's Eye, and the short story collections Compositions for the Young and Old and In the Mean Time. He has published two novellas, and his essays and short fiction have appeared in the Los Angeles Times, Five Chapters.com, and Best American Fantasy 3. He is the co-editor of four anthologies including Creatures: Thirty Years of Monster Stories (with John Langan). 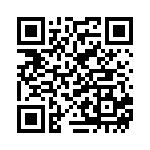