Neil Landau is a bestselling author, producer and award-winning screenwriter who runs the Writing for Television program in the UCLA Department of Film, Television and Digital Media (his alma mater). Credits include Don't Tell Mom the Babysitter's Dead, Melrose Place, The Magnificent Seven, Doogie Howser, M.D., The Secret World of Alex Mack, Twice in a Lifetime, MTV's Undressed and one-hour drama pilots for CBS, ABC, Freeform, Warner Bros., Disney, Lifetime and Fremantle. Neil has served as Executive Script Consultant for Sony Pictures Television and Columbia Pictures. Among his animated films are Tad: The Lost Explorer, which earned him a Spanish Academy "Goya" Award for Best Adapted Screenplay, Tad Jones and the Secret of King Midas (he is working on the sequel, Tad 3), Capture the Flag for Paramount and Sheep & Wolves for Wizart Animation. Neil penned the bestselling 101 Things I Learned in Film School, The Screenwriter's Roadmap, The TV Showrunner's Roadmap and TV Outside the Box: Trailblazing in the Digital Television Revolution, which was the first book sponsored by the National Association of Television Program Executives (NATPE). 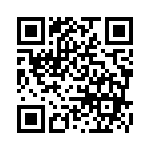