Being one NFL insider's take on how teams are built and directed tactically in the league. The book's title is misleading; there are a few tips for effectively watching the games, but that is not the ... Read full review

Pat Kirwan is one of the nation' most well-respected and popular NFL analysts. He is the cohost of Movin' the Chains on Sirius NFL Radio and a featured columnist on NFL.com and , since 2003, he has been an editorial contributor to the NFL Today on CBS and makes frequent appearances on TV and radio programs across the country. He spent 25 years working in football, coaching at the high school and college levels before joining the New York Jets' staff as a defensive assistant coach and as the director of player administration. He lives in New York City. David Seigerman is a veteran sports journalist who has worked as a field producer for CNN/SI. He is the managing editor at College Sports Television, and is the cowriter and coproducer of the documentary The Warrior Ethos: The Experience and Tradition of Boxing at West Point. He lives in Larchmont, New York. Pete Carroll is the head coach of the Seattle Seahawks. He lives in Seattle. Bill Cowher is a former NFL coach and player and is now a NFL analyst. He lives in Pittsburgh, Pennsylvania. 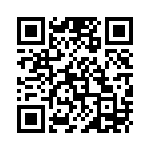