John Morreall, Assistant Professor of Philosophy at Northwestern University, has published numerous articles on philosophy and linguistics. He is the author of Analogy and Talking about God. 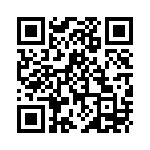