A wonderful book for people living in societies with little-to-none experience in personal rights, importance of law and relation between the state and the citizen. Read full review 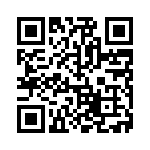