I was a medic with c troop, 1st/1st cavalry at Nui Yon. We actually had grunts with us from the 3/21, but we almost get no mention. There were 28 kia (14 of them mia) and 40% casualties, yet we aren't mentioned. I had to leave a dead grunt behind, yet he's not mentioned (I believe he was teddy r moore, the rto sitting next to the captain when the rpg hit them. We had 3 days worth of cavalry assault across an open killing zone untill the 101st airborne came in to relieve us. I'm proud that a bunch of shmucks charged into intense fire again and again. I'm glad the 3/21 got credit, but the cav and grunts with us took a lot of casualties as well.

Interesting to read about the Battle for Nui Yon Hill, we vietnamese are still dont forget the bloody days of the American war time. Last August, Vietnam Tour Pedia ( http://www.vietnamtourpedia.com ) a travel agent based in Hanoi has invited some of the American war veteran to visit this famous battlefield. 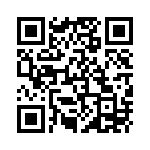